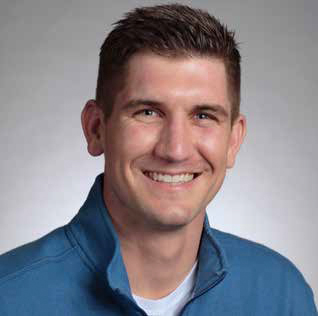 Jackson, MI, April 21, 2021 – Lumen Christi Catholic School is proud to announce the hiring of former Mr. Tennis recipient and Titan alumni, Michael Calderone. Calderone attended Lumen Christi from 2003-2007 and excelled both in the classroom and on the tennis court. By the end of his senior season at Lumen Christi, he earned the honor of being named the 2007 Mr. Tennis award winner by the Michigan High School Tennis Coaches Association and Detroit Free Press. Upon graduation, Calderone went on to play NCAA Division 1 tennis at Western Michigan University. As a Bronco, he holds all men’s singles records, including the record for most career wins. Calderone served as a team captain, and earned All-MAC honors during his four-year collegiate career. To this day, he is the most decorated tennis player to come out of WMU.

Upon graduation from Western Michigan, Calderone pursued a professional tennis career, but found his true passion was in coaching and the mentoring of young people. This new passion led him to transition into Division I collegiate coaching as an assistant for the University of Nevada-Las Vegas Men’s Tennis program. After his time at UNLV, Calderone decided to move back to Jackson and has since become the premier private tennis coach in Jackson County.

“We are so blessed to have Michael Calderone re-join the Titan Athletic Department as the head coach of the girl’s tennis program!” Lumen Christi athletic director, Jesse Brown, CAA stated. “His ability to get the best out of the student-athletes and his knowledge of the game is a huge asset to our community. Go Titans!” Calderone’s new position at Lumen Christi fulfils a dream to be able to coach tennis and help kids realize their full potential, both on and off the tennis court. He is passionate about the mission of Lumen Christi and shares in our five core values which include: living faith, achieving excellence, developing character, being warm and welcoming, and promoting teamwork.

“I am so excited to return to Lumen! This school community means so much to me, both personally and professionally,” states Calderone. “This will be a great opportunity to further connect with the community and, hopefully, continue to improve our great tennis program.”

Gift of $1,000,000 Allows District to Create Scholarship for Tuition Assistance

“Given how strongly my own Catholic school education enriched my life, I wanted to give back to the academic community that helped shape me,” explained Neuenfeldt. “I grew up in St. Joan of Arc Parish, in St. Clair Shores, Michigan. While my sister was able to attend because they began an elementary school at the time, I began my Catholic education at grade 7 at St Joseph’s in Quebec. Upon graduating, I attended University of Detroit, where I majored in marketing. I spent one semester at Sacred Heart Seminary in Detroit before embarking on a two-year draft, mostly in El Paso, Texas. From there, I entered the Jesuits at Grand Coteau, Louisiana in 1971. I eventually returned to work with my father in food manufacturing here in Jackson. The guidance that I received at these catholic schools was important for my growth. I was blessed with six years of boarding school prior to high school graduation, plus college and beyond.”

The Illuminate the Future Capital Campaign for Jackson Catholic Schools aims to raise $7 million, of which $5.2 million has already been committed, due to a second generous donation from philanthropist and Jackson business leader Alvin Glick. This money is being utilized for facility improvements at Lumen Christi Catholic School and to establish two endowments benefitting students and faculty across Jackson Catholic Schools. The current planned improvements to Lumen Christi are a complete renovation and facelift of science classrooms, ushering in an improved and state-of-the-art science curriculum, complete renovation of all classrooms utilized for general education complete with updated technology, and cooperative work spaces for students, and athletic facilities.

The Jackson Catholic Schools is a formal district comprised of four Catholic schools (Lumen Christi Catholic School, St. Mary Star of the Sea Elementary, St. John the Evangelist Elementary, and Queen of the Miraculous Medal Elementary). This district is now working to further ignite Catholic education in the Jackson, MI area. Gifts such as this by Mr. Neuenfeldt are crucial to our ability to accomplish our mission and continue to support family’s desire to educate their children in a school that promotes Catholic learning and academic excellence.

About Illuminate the Future:

Illuminate the Future is Jackson Catholic Schools’ response to address necessary, long-overdue capital improvements to the campus buildings of Lumen Christi Catholic School, and to grow the endowment funds to assist all of their schools with tuition assistance and faculty compensation. It is critical to the district’s long-term growth that they keep pace with the competition in their marketplace, continue programmatic growth, and grow their endowments. This major campaign, the first since Lumen Christi was built, is their response to over 600 recommendations of their community, alumni/ae, current and past parents, friends, and benefactors.

If you are interested in donating to Illuminate the Future, visit jacksoncatholicschools.org 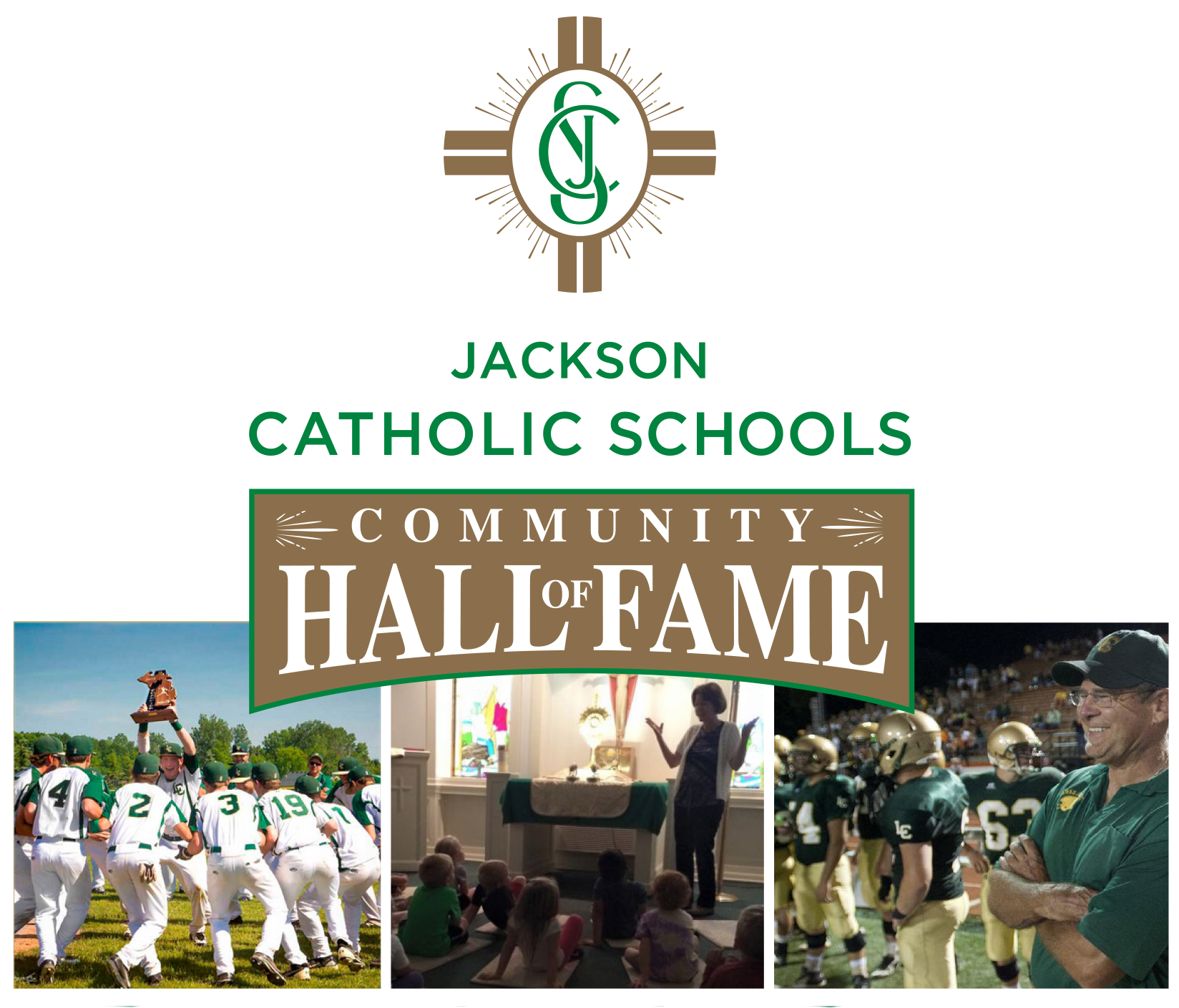 We are pleased to announce the launch of the Jackson Catholic Schools Community Hall of Fame on September 17, 2021 at the Lumen Christi vs. Marshall Football game, which will recognize the rich heritage and help preserve the great tradition of our outstanding athletic program and schools. With this endeavor, we hope to build stronger connections with alumni and supporters, attract new donors, and enrich the spirits of Jackson Catholic School students. In welcoming past people to our schools, we intend to forge new relationships with our current student body. Jackson Catholic Schools Community Hall of Fame will also highlight the success of our school system, in hopes of encouraging a sense of community among our students and teachers.

Jackson Catholic Schools has a rich tradition of having great people involved in our school system. Whether that be on the athletic fields, in the classrooms, in the community, or supporting any of the schools and their missions. We want to recognize the alumni, coaches, teachers, supporters, and community members who have had a positive impact on our school community (St. Johns High School, St Johns Elementary, Queens, St Mary’s High School, St. Mary’s School, JCMS, Lumen Christi).

To learn more about the Jackson Catholic Schools Community Hall of Fame, and to nominate people for induction, please visit our website: